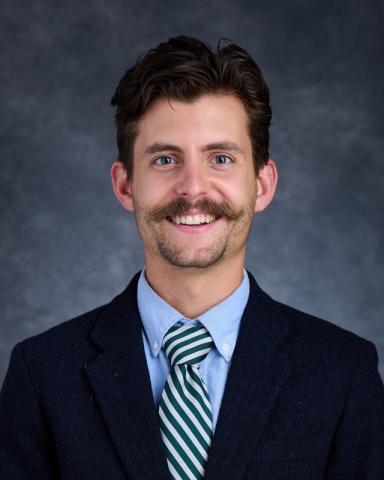 Jack Lynch's love for the outdoors is rooted in the prairies and lakes of his hometown in northern Illinois.

Mr. Lynch has been at Christ School since 2019, teaching Chemistry, Biology, and Environmental Science in addition to his role as a coach in the Outdoor Program.

Mr. Lynch graduated from Maine's Colby College in 2016 with a B.A. in Biology, concentrating in Ecology and Evolution. Upon graduating, Mr. Lynch presented his original research on habitat fragmentation at the 2016 Ecological Society of American conference.

After graduating, Mr. Lynch worked as a field botanist with the Bureau of Land Management in Taos, N.M., and later started his career in education as a teaching apprentice at the High Mountain Institute, in Leadville, Colo. From there, he worked as a teaching fellow at the Alzar School in Cascade, I.D., where he paddled with Christ School alumnus Richard Lytle '20. Afterwards, Mr. Lynch completed his Master of Teaching degree at the University of Virginia where he taught anatomy and biology at Monticello High School (Va.).

Outside of school, Mr. Lynch likes to climb, mountain bike, play board games, and read.