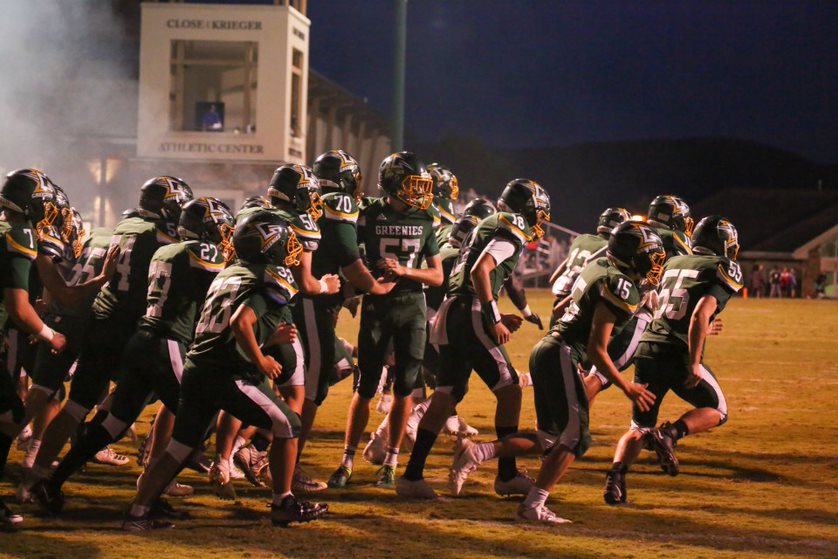 Even an impartial observer could argue that Christ School let Charlotte Christian off the hook not once, but twice in their last meeting.

Nonetheless, the biggest prize of them all is now waiting to be reeled in – the first state football title in school history. The Greenies (6-3) and Knights (7-2) are the combatants for Friday’s NCISAA Division I championship game.

Kickoff is set for 7 p.m. in Charlotte.

Friday is the third meeting in two years between the teams. None of those games were as close as the one played October 11 at Fayssoux Field.

Despite falling behind 21-0 and managing just a single yard in its first three possessions, Christ School stormed back. Aydan White ’20 returned a punt 94 yards for a touchdown, while Navy Shuler ’20 completed touchdown passes to Charlie Browder ’21 and Painter Richards-Baker ’21. Navy capped off the scoring with a 15-yard quarterback keeper at the 1:21 mark of the fourth quarter that made the score 28-27 in Charlotte Christian's favor.

At that point, Greenies head coach Nick Luhm elected to go for the win, but a 2-point conversion run was stuffed by the Knights. And then Christ School couldn’t take advantage of a Charlotte Christian fumble on the very next play from scrimmage. The missed opportunities allowed the Knights to run out the clock and escape with a win in a regular-season game that was televised locally by WMYA (40).

The Greenies are the No. 4 seed in the NCISAA Division I playoffs and coming off a 27-20 semifinal win at top-seeded Charlotte Country Day.

Second-seeded Charlotte Christian has won five straight games, including a 14-7 state semifinal game with No. 3 Charlotte Latin. Matthew Tuoamala, a junior who was previously injured and did not play against Christ School, threw for 171 yards and two touchdowns.