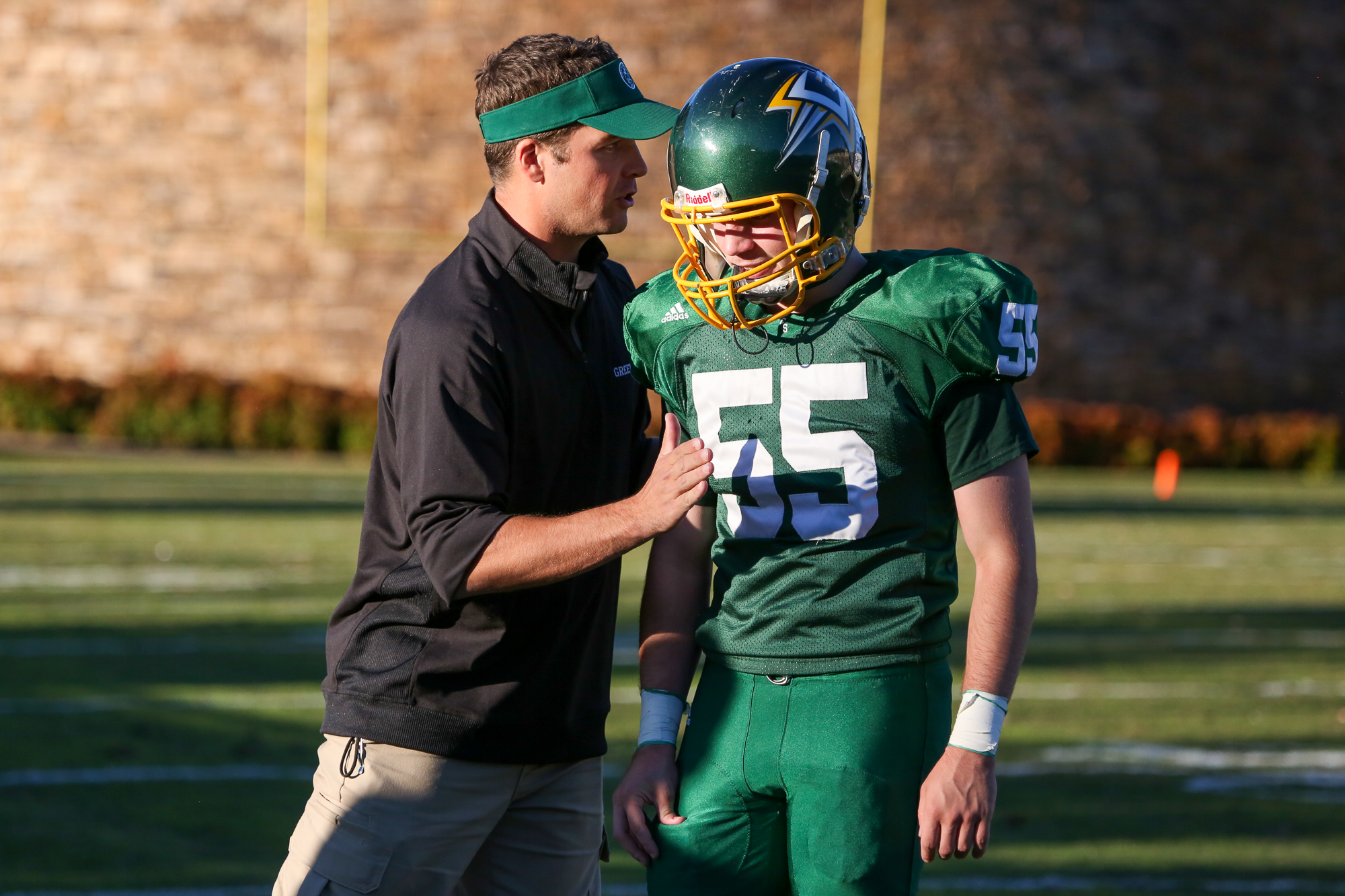 Christ School JV football coach Duncan Barnes was beaming with pride Wednesday night, standing under the glow of Fayssoux Field’s scoreboard. His players had the same expression on their faces.

After spotting Asheville School a six-point lead in the first two minutes, the Greenies scored six unanswered touchdowns for a 38-12 home win.

Henry Meulenberg ’23 consistently had time in the pocket and made the Blues pay with a career-high four passing touchdowns, two to Cooper Perrone ’24 (43 and 79 yards). Charlie Thomas ’21 ran for a pair of touchdowns, including a 5-yard rush late in the third quarter in which the junior carried at least three defenders into the end zone with him.

“To see how far this group has come is incredible,” Coach Barnes said. “And to do this tonight at home in their last game is special.”

The Greenies (2-2) turned the ball over on their first play from scrimmage, with an errant snap escaping Henry’s grasp. The Blues (1-4) took advantage, scoring on a 2-yard run at the 8:38 mark of the first quarter. From that point on, it was all Christ School.

Henry connected with Jakob Iwanek ’24 for the first Greenie touchdown – a 30-yard pass with 5:32 remaining in the first quarter. Charlie broke a 48-yard touchdown run on fourth down and 1 with 7:09 left in the second quarter to give Christ School the lead for good.

The Greenies led 20-6 at halftime and the defense held up, forcing Asheville School to turn the ball over on downs inside Christ School territory three times. Eyob Gill ’24 made a late interception and another eighth grader, Tony Provenza ’24, caught Henry’s next-to-last touchdown, from 37 yards out with 4:26 left in the game.

Christ School hopes that Wednesday’s result bodes well for “The Game” on Saturday. Kickoff between Christ School’s varsity team (4-3) and Asheville School (3-6) is set for 1:30 p.m. inside the Blues’ McNaughton Stadium. The Greenies have beaten their biggest rival seven years in a row, which matches the longest-ever streak for either side of the 108-year-old series (Asheville School’s seven-game win streak dates back to 1935 to 1941).

Saturday’s game will be live-streamed at this link. 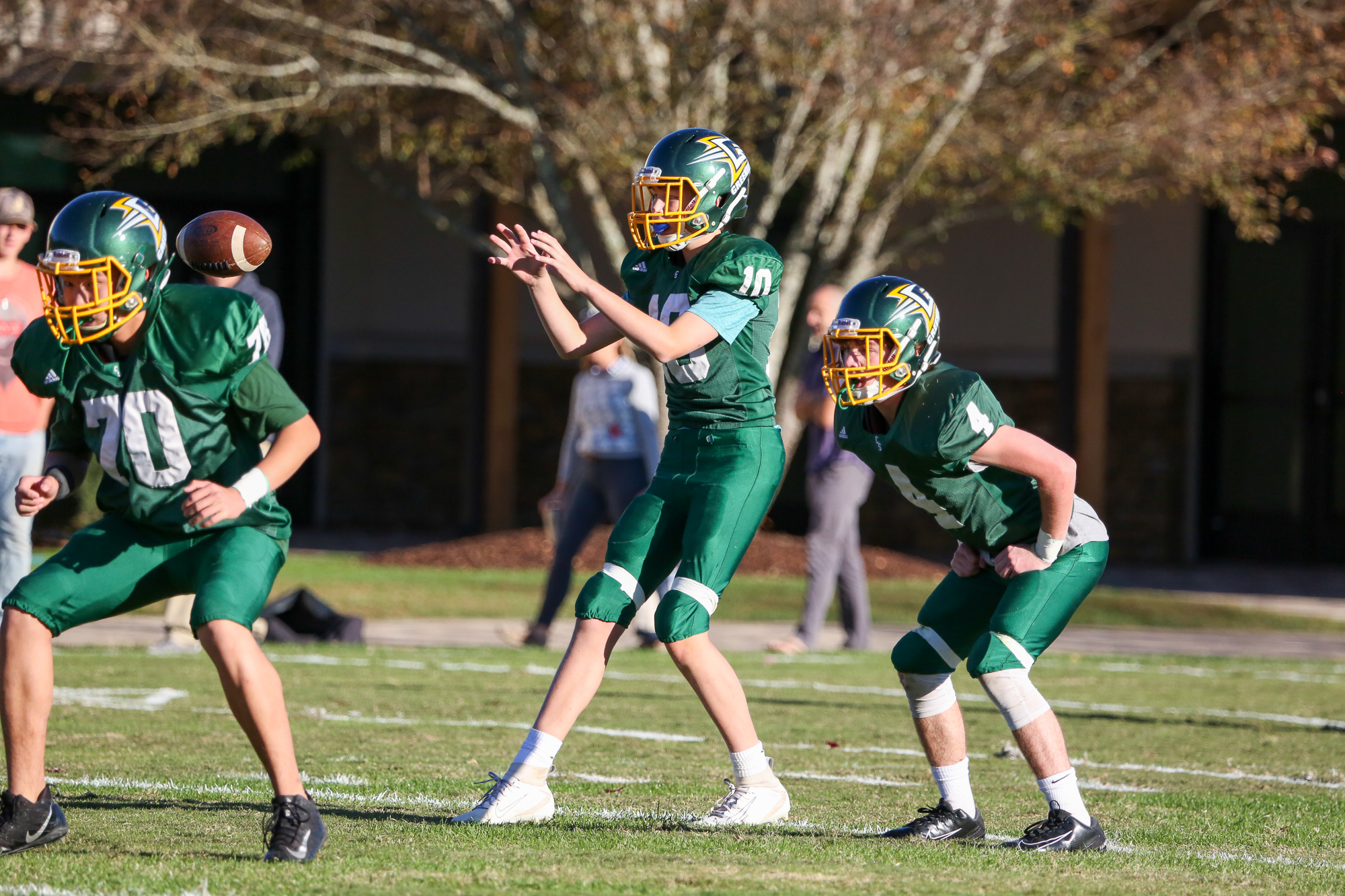