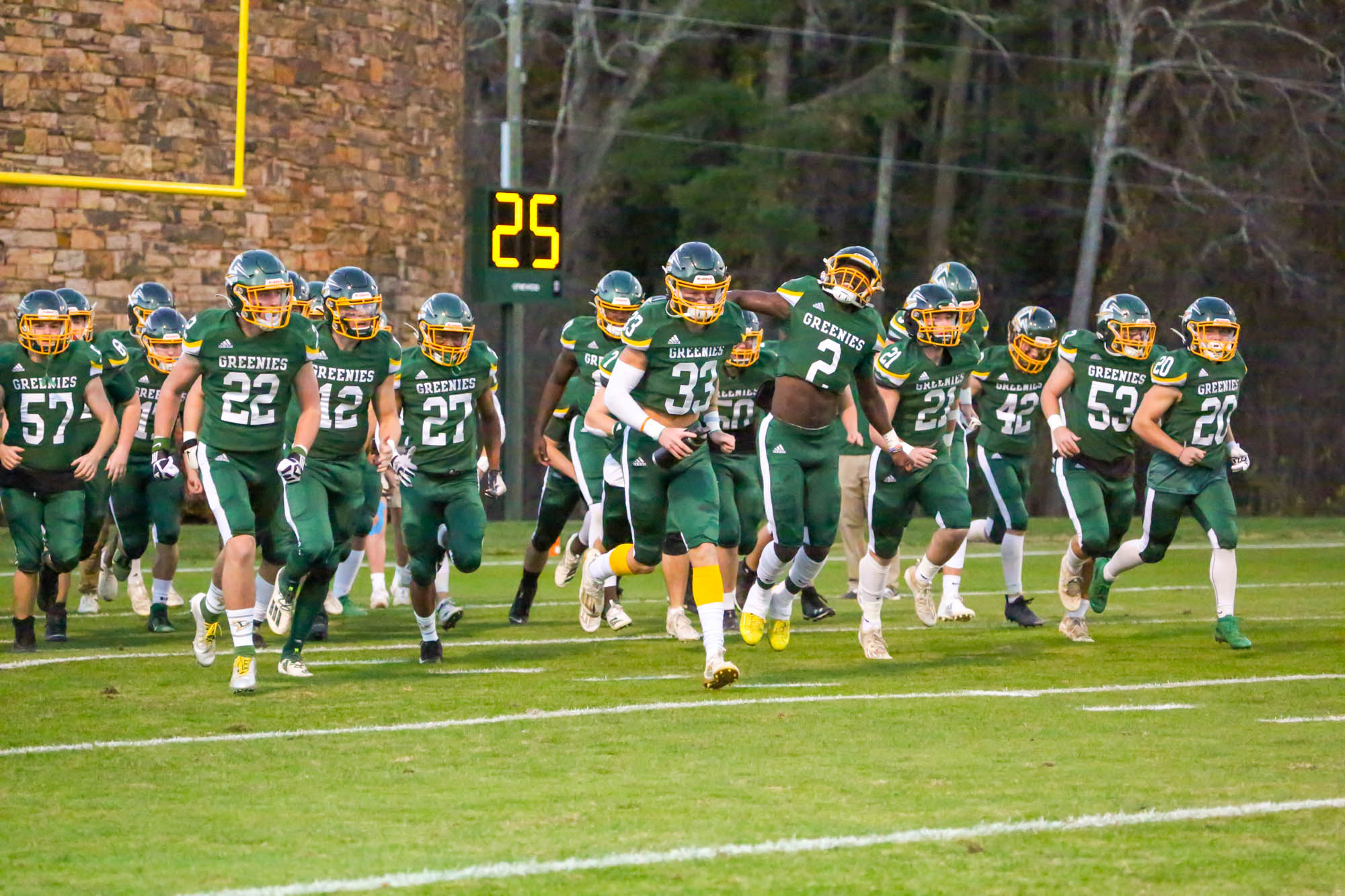 Before they can join everyone else on Thanksgiving Break, Christ School football players have something big to clear off their plate.

The Greenies (5-2) are home one final time Friday for the NCISAA Division II championship game versus Harrells Christian Academy (8-0). Kickoff from Fayssoux Field is set for 5 p.m.

Only two fans are allowed per player, in accordance with the NCISAA’s spectator policy. Christ School parents should monitor their e-mail to register for Friday’s game and fans may view a live stream at https://csstump.net/live.

Although head coach Nick Luhm’s team has been bitten by the injury bug in recent weeks, there is evidence to suggest this could be the Greenies’ year.

Harrells, which is located about 40 miles outside of Wilmington, has played two close games with Trinity this season (a 7-6 win on Sept. 28 and a 21-15 win on Nov. 6). Junior fullback Devin Gardner, who is 5-foot-11 and 240 pounds, scored six touchdowns in last week’s 63-35 win over the visiting Cabarrus Warriors. Xavier Arrington added two rushing touchdowns.

Harrells is seeking its first state football championship since 2008.