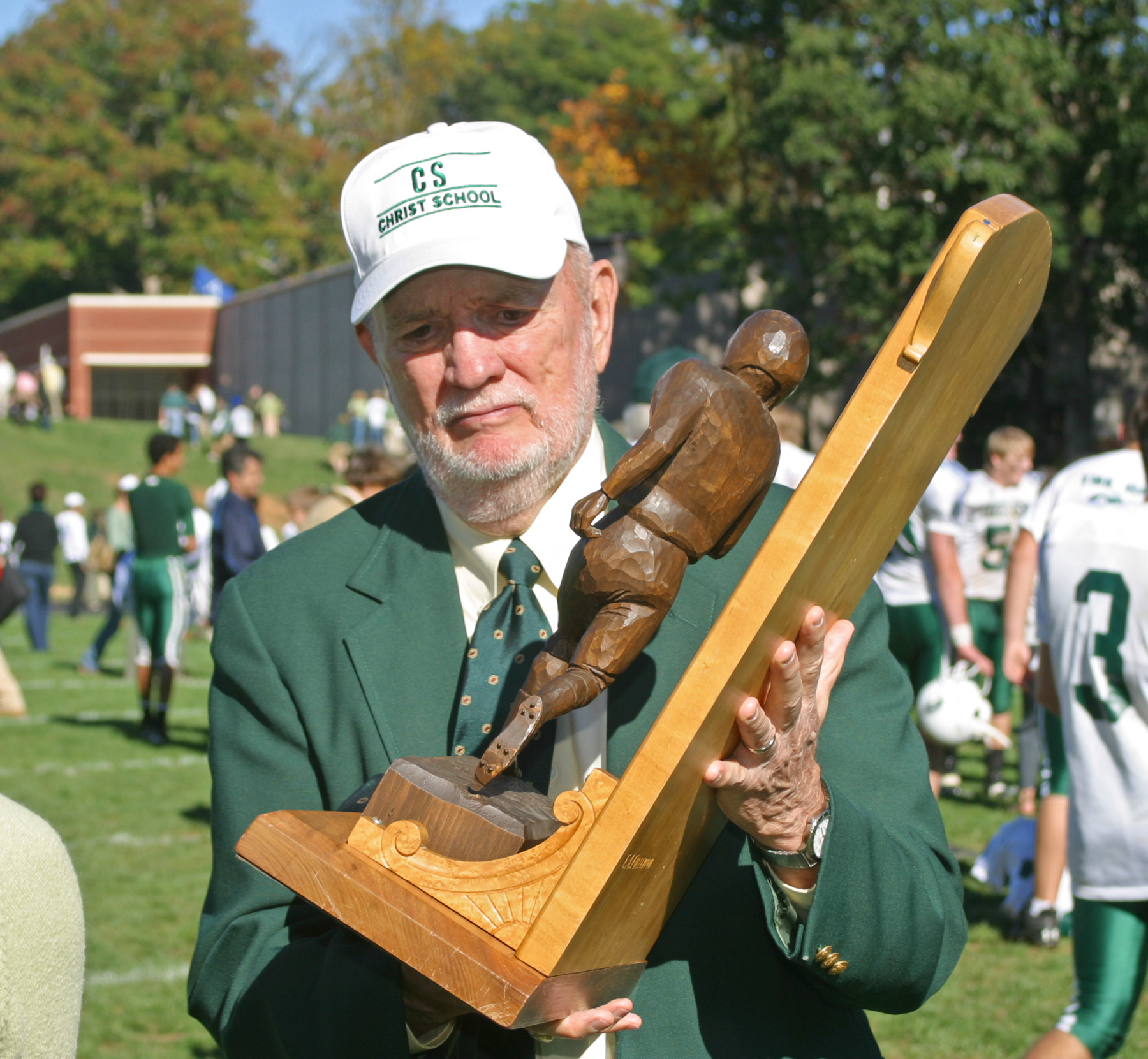 It is with much sadness that Christ School reports that a beloved member of our community, Mike Knighton, passed away on July 4th, 2019. Known as “Coach,” Mike worked at Christ School from 1981 to 2008. During his tenure, he served as Varsity Football Coach, Dean of Students, Director of Admissions, Athletic Director, English teacher, and Director of Alumni Relations. He was a Georgia native who majored in English and played football at Vanderbilt University. He earned a Master of Arts in Education at West Georgia College. Mike’s family has also been part of the Christ School community. His wife, Shirley, worked at the school Bookstore and his children, Matt ’87 and Elizabeth grew up on the school campus. Matt is currently the school’s Director of Grounds.

Mike’s profound impact and legacy at Christ School came from his warmth, humor, and generous heart. Famous for entertaining adults and children with his storytelling, he made everyone he met feel special and valued. In “Successes Fidelitate: Christ School in the 1970’s, 80’s, and 90’s” Reed Finlay ’58 said “Mike Knighton was the man every parent would want his son to have as a mentor and friend.” The Class of 2006 dedicated the 2006 Angelus, Christ School’s yearbook, to Mike, calling Coach Knighton “a beloved ‘Ripple Maker’ in our midst…One of the reasons he is fondly remembered by students, faculty, and alumni is because of his generous heart and absolute dedication to the school in so many capacities.”

Mike’s own words capture his extraordinary spirit: “For me, what transcends the emotion of winning and losing is that spirit of competition that prevails between these two great institutions (Christ School and Asheville School) and how that competition has helped to shape the character of so many men throughout the years. For a coach, the final score doesn’t read so many points for my team, so many points for theirs. Instead, it reads: so many men out of so many boys. And this is a score that is never published. And this is the score he reads to himself and in which he finds real joy when the last game is over.”

A celebration of life service honoring Coach Knighton will take place on Sunday, October 27, from 10:00-11:30 in Pingree Theatre, followed by a light reception in the Bradshaw Room. Please send condolences to the Christ School Advancement Office, 500 Christ School Rd., Arden, NC 28704. Gifts in Mike’s memory may be directed to the “Mike Knighton Sportsmanship Award Fund” at Christ School.