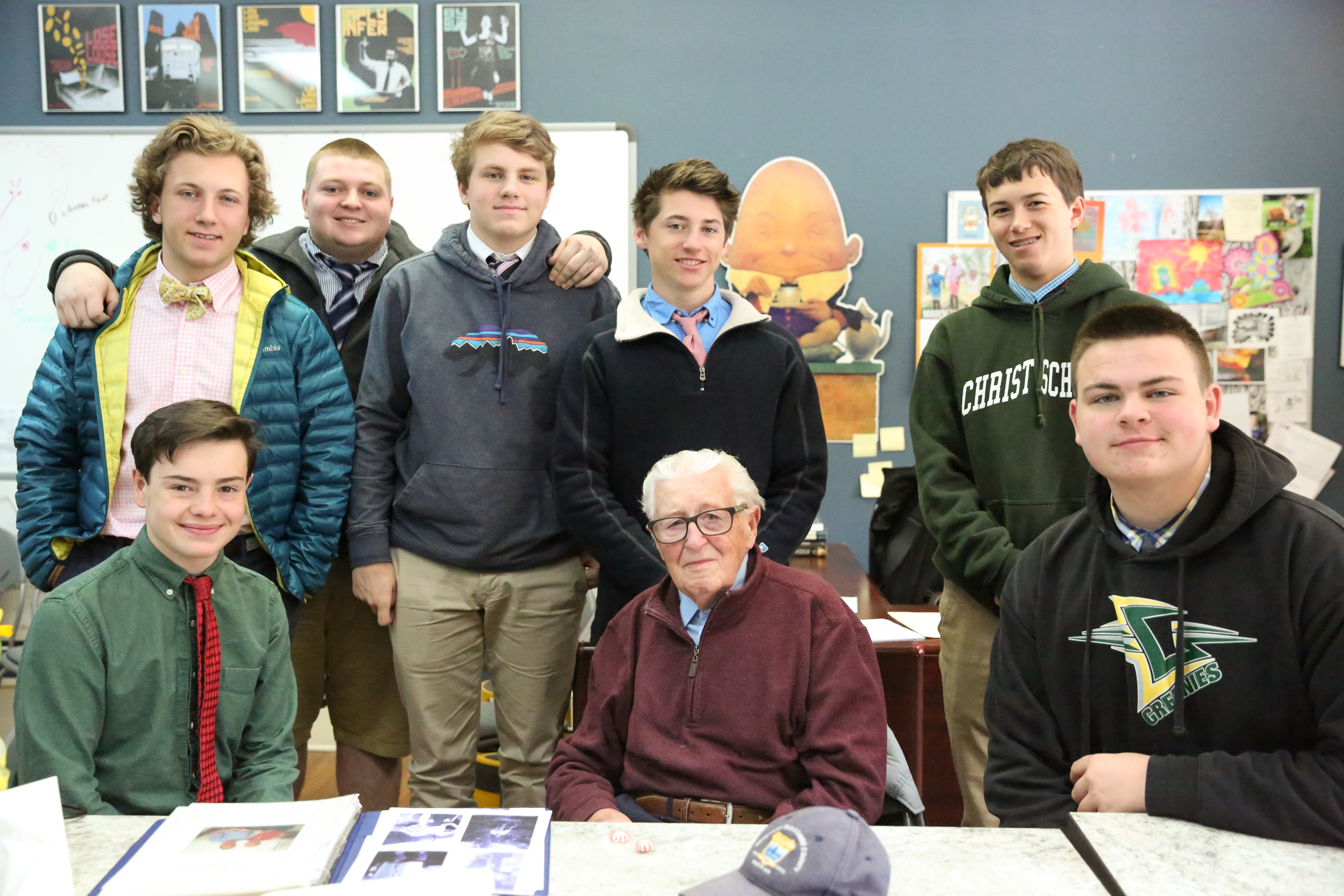 Karl Blumenthal was behind enemy lines during World War II – in Texas.

The former member of Germany's Air Force was a prisoner of war from 1943 to 1946 at four different camps following time in captivity in Algeria, Morocco, and Tunisia.

Blumenthal turns 95 on Saturday and has lived in Asheville since 1971. He spoke to Emily Pulsifer's War in Literature students on Wednesday.

"If you have the opportunity, try to learn foreign languages," Blumenthal told them. "I learned French and English in school. It helped me my whole life. I was one of the few (German soldiers) who could communicate in English."

Blumenthal was only 10 years old when Adolf Hitler came into power. He was drafted into Germany's Air Force at age 19, and his service took him to Europe and North Africa. Blumenthal knows the exact date he became a prisoner of war – May 8, 1943 – following the surrender of German forces in Africa.

Once in Texas, he was a kitchen worker, landscaper, and truck driver in his camps. Blumenthal later returned to these camps in 1972, and then again in 1989 when he was interviewed for a television program called "Stalag Texas."