Will Smoots '18 Signs Off CSBN 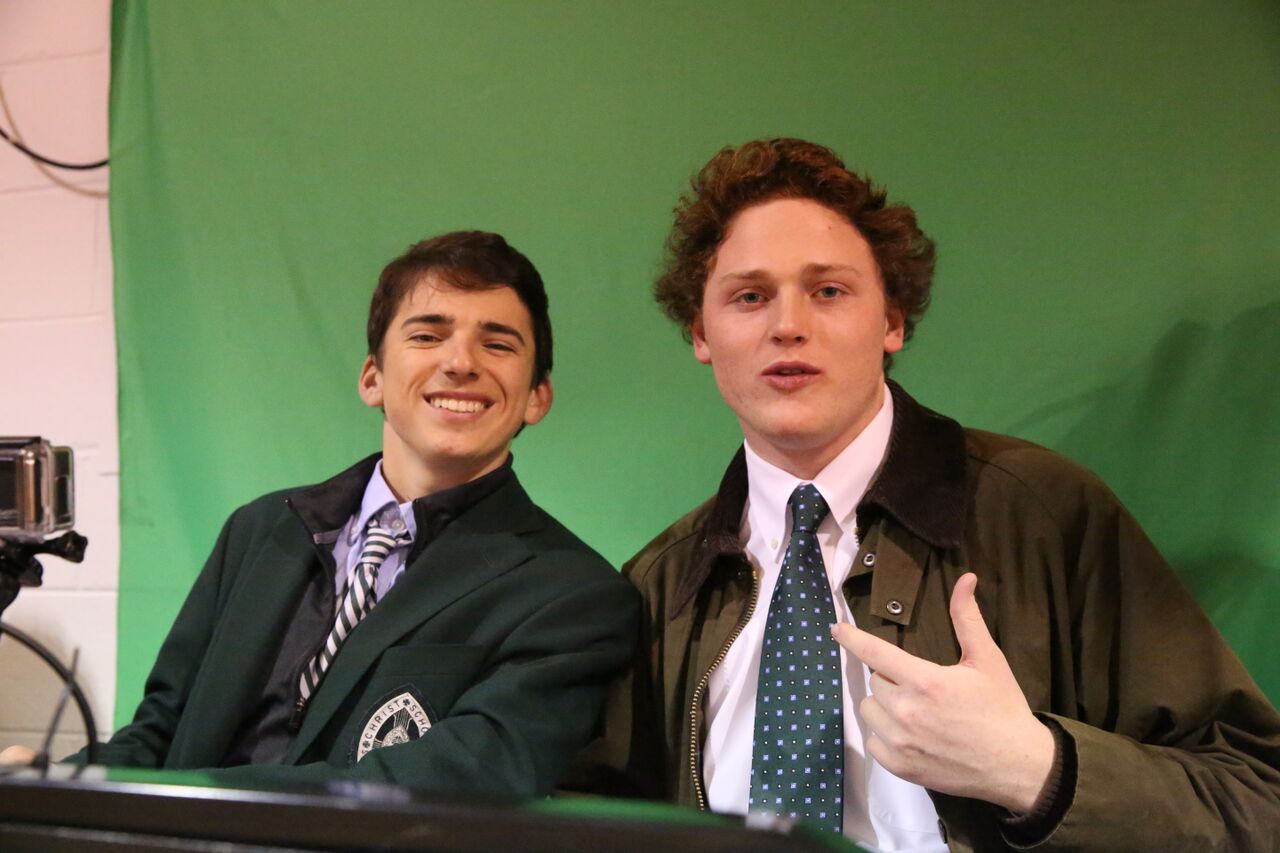 Will Smoots '18, left, and Ross Oakley '19 teamed up to commentate a Christ School Broadcast Network game in January.

Will Smoots '18 Signs Off CSBN

Senior was a mainstay on Christ School sports broadcasts

Will Smoots '18 never caught himself wishing he was in the student section for Christ School basketball and football games, no matter how frenzied things got.

In Smoots' mind, he had the seat everyone wanted.

Smoots recently signed off for the final time as a commentator for the Christ School Broadcast Network. The senior was involved with CSBN for two and a half years.

"It started to sink in during my last game (Varsity Basketball's 82-52 playoff win over High Point Christian on February 17). It was a little sad," Smoots said. "I always enjoying being up there with the best view of things. And it definitely helped with my overall confidence and public speaking."

Smoots adopted a love of sports from his father, Todd, who is Vice President of Delaware North Sportservice. The Smoots family, including Harris '16 and Thomas '19, is from Charlotte. Delaware North has been the official food, beverage, and retail partner of the NFL's Carolina Panthers since 2010.

"My family has grown up around sports, so we've always been fans," Smoots said. "I wanted to try (broadcasting) and enjoyed it. It's pretty cool. I'm waiting to hear back still on some colleges, but if there is an opportunity, it might be something that I continue doing."

Smoots also plays soccer, is a manager for the Christ School lacrosse team, and involved with Habitat for Humanity and the Rotary Club.

CSBN has been broadcasting Greenie games through YouTube since 2012. From the camera work to the commentary, students handle all functions under the watchful eye of Director Ross Weathersbee '10.