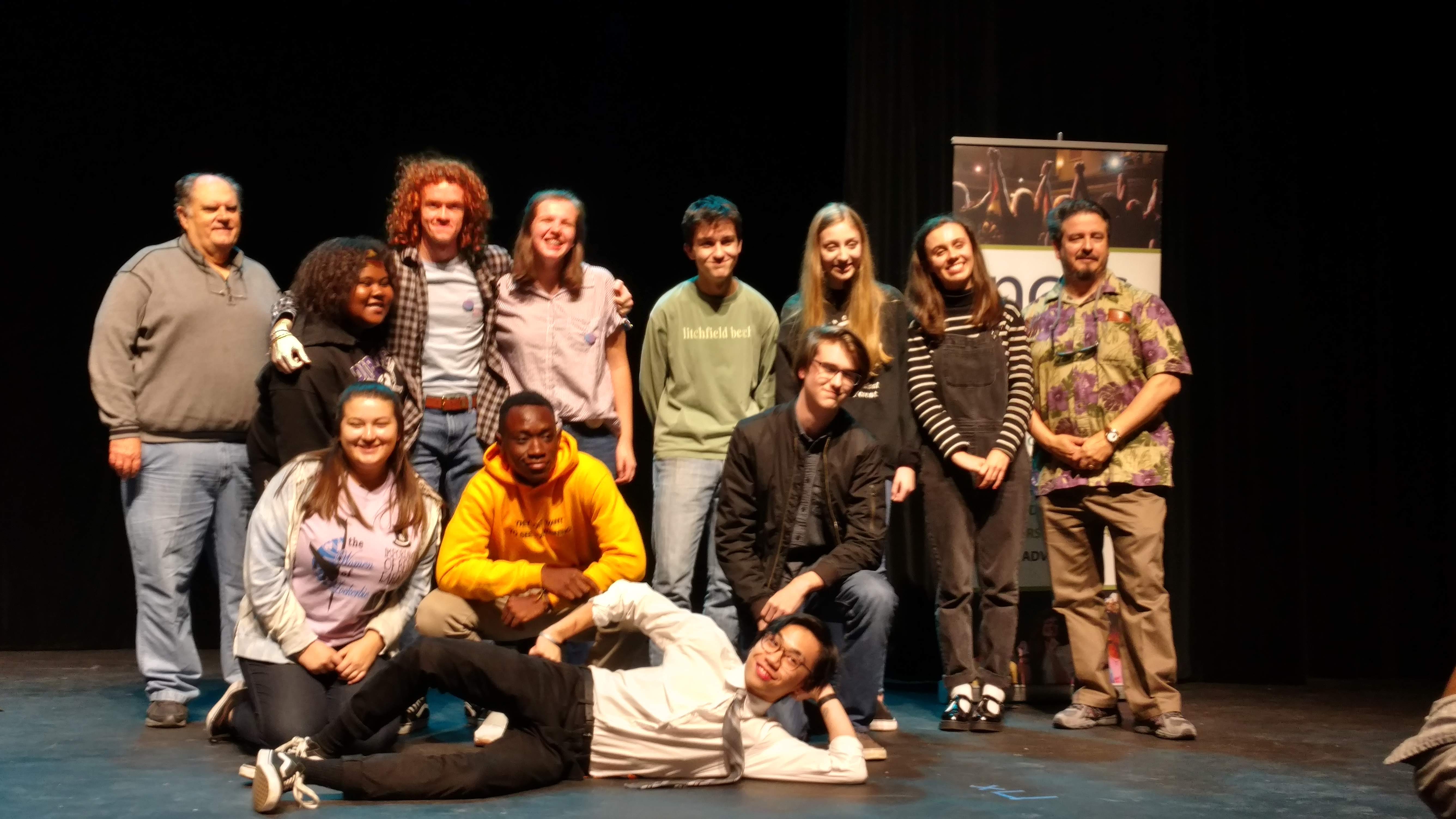 Not every competition boils down to awards, or even winners and losers in the traditional sense.

Kobi Selby '19 can light up a room with his words, a talent that shone through at this past weekend's North Carolina Theater Conference High School Play Festival. The Christ School senior took home prizes for Excellence in Writing and Excellence in Acting from the festival held Friday and Saturday at Gardner-Webb University.

However, the emotional response that Kobi's original play "Gem" elicited from its audience was the biggest takeaway for Director Mary Dillon.

"The NCTC on-site representative said, 'I feel this show has something important to say. I just sat there watching with tears in my eyes," Dillon recalled. "At one point during the performance, the audience spontaneously began to snap their fingers in support and gave a passionate standing ovation at the end. Throughout the rest of the festival, during breaks between shows, Kobi and cast were constantly surrounded by brand-new fans, students who were touched by the poetic words and the performances. It was one a one of a kind experience for CS's cast and crew."

The NCTC festival consisted of 16 shows performed by more than 600 high school students and teachers from the central and western part of the state. "Gem" is a collection of Kobi's poetry and was the end-of-year project for his independent study course, "Social Justice Through Performance," last spring.

Kobi always intended for "Gem" to be more theatrical than a typical poetry reading. And for the NCTC festival, Kobi reworked the one-man show into a traditional play structure, incorporating three new characters. Orphans were played by Clarke MacDonald '21, Tony Hao '22, and Tom Tang '21. Dillon said that "the three young actors enhanced the story with their moving performances."