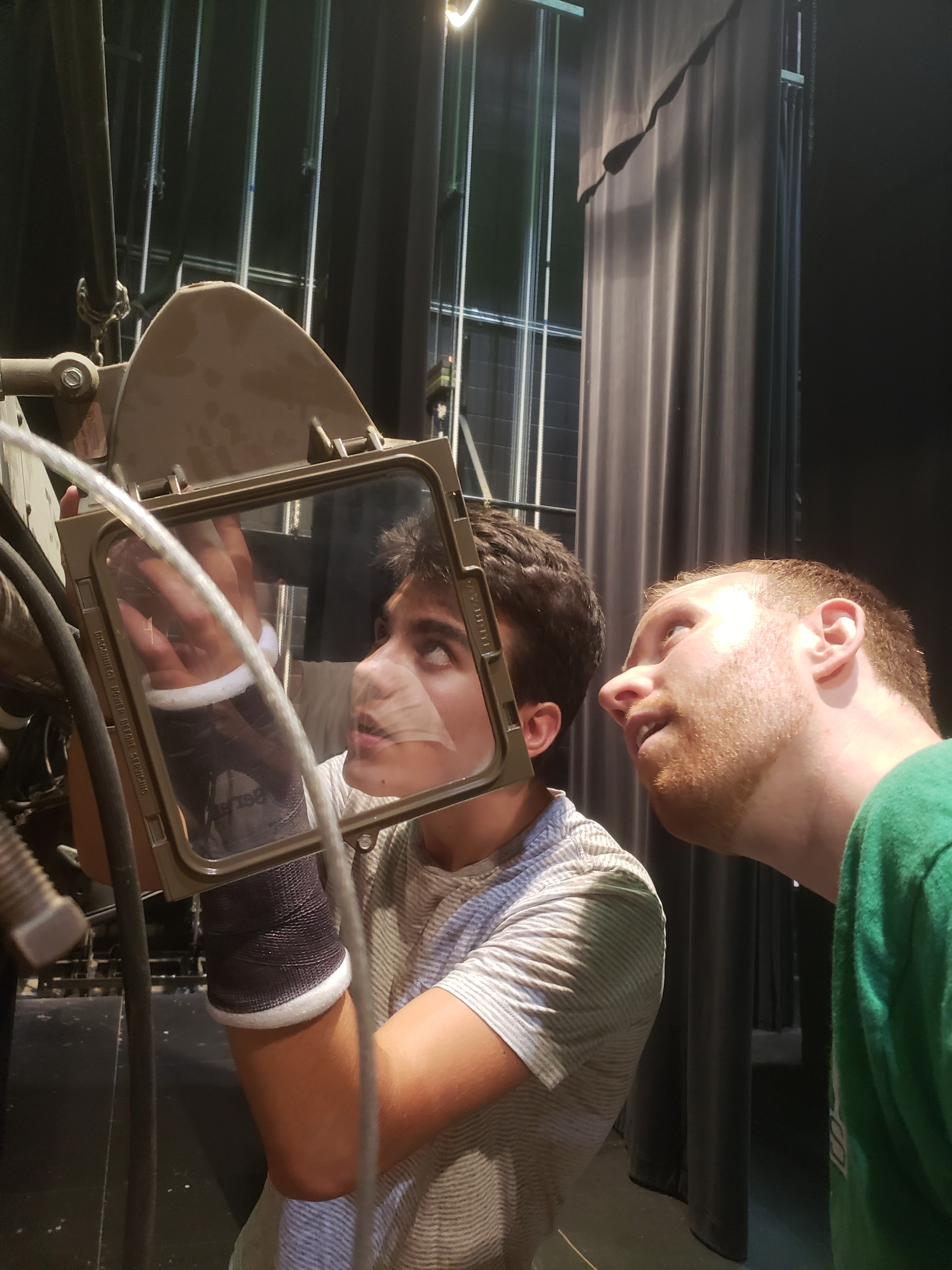 Rehearsals are underway for a play that Christ School has done before.

But don't let that fool you. Mary Dillon has mapped out a year that is unlike any since she took over the Theater Department in 2001.

The most notable change is that the Winter Season will be devoted entirely to filmmaking.

For the first time, Greenies will have a chance to learn every element of film production, from the nuances of acting in front of a camera, to the technical aspects such as lighting, sound work, and editing. Students will work as a team on short films, all building up to a 20-30 minute feature at the end of the experience. Dillon envisions a Christ School film festival made up of student submissions.

"It's thrilling to me," she said. "It's like reinventing my time here. I believe passionately that filmmaking is the 21st century's writing. We (look at video) constantly. It's everywhere. We would be remiss if we didn't teach it as a skill."

First up is the Fall Season. Dillon and the Greenies will reprise "Too Much Light Makes The Baby Go Blind" with three shows in Pingree Theater next month – Oct. 19 and 20 (7:30 p.m. each night) and a matinee on Oct. 26 (4 p.m.). The 40-minute play was chosen for a second time (a longer version was originally performed in Spring 2017) so that Christ School could compete in November's North Carolina One Act Play Festival.

"Hamlet" has been decided on as the Spring Season's production.