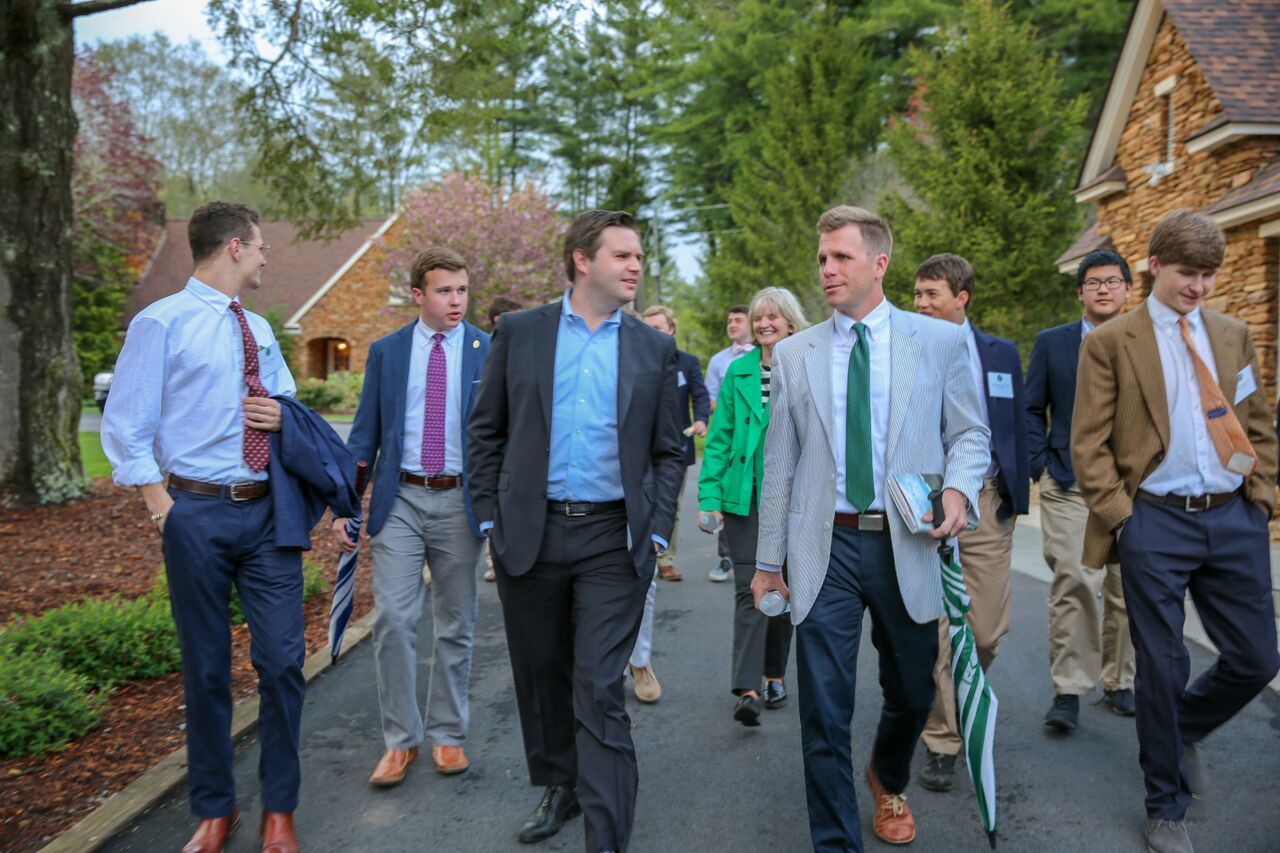 J.D. Vance unabashedly believes in the American Dream and the right for all people to pursue happiness.

Both are in dire need of repair. Especially in the type of blue-collar communities where he came from, Vance said Monday night. The New York Times best-selling author was Christ School's special guest as part of the Godwin-Hauser Visiting Writer Program.

Following an introduction by Headmaster's Scholar Connor Booher '20, Vance spoke for an hour in Mebane Field House about his book, "Hillbilly Elegy: A Memoir of a Family and Culture in Crisis."

"How do we rebuild the American Dream? How do we rebuild the pursuit of happiness? Kids like me need it," Vance said. "The character of our country requires it. The idea that each generation does better than the one before it is in crisis. And most of this crisis is occurring in places we call home. That troubles me, that worries me. I'm a bit of a tribalist and I want to see my people do well. I enjoy talking to young people who will be the solutions to the problems I write about."

Vance said he overcame the odds himself to attend Yale Law School. The author hails from Middletown, Ohio, a city in southwestern Ohio, and his family's Appalachian values can be traced back to Kentucky. But not everyone is so lucky to follow that path, Vance pointed out. And even if they are, they might face resistance while trying to climb the socioeconomic ladder.

Vance shared his own experiences from college and talked about the fact that he felt like an outsider at Yale. 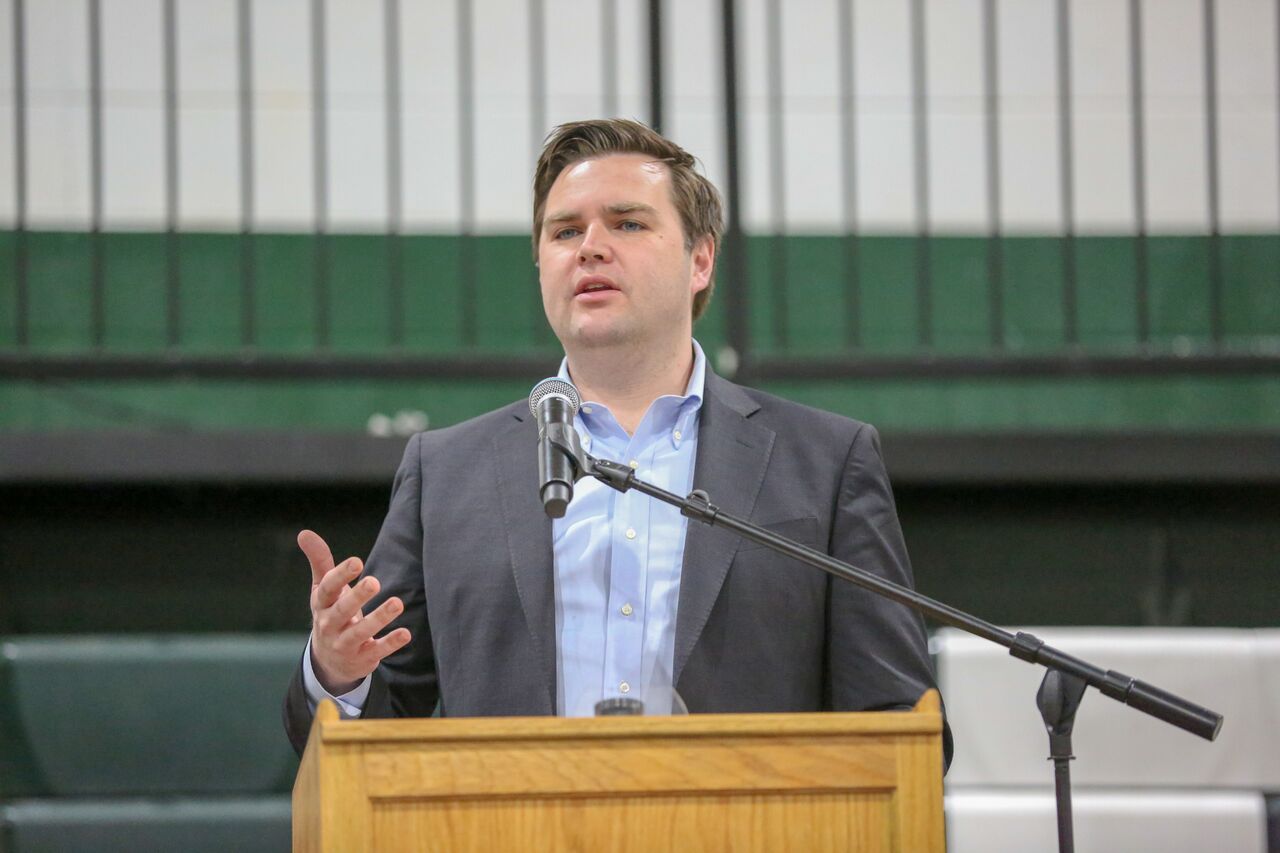 "Hillbilly Ellegy" reached the No. 1 spot on the New York Times Best Seller list twice. The second instance was following the 2016 President Election won by Donald Trump. The victory by Trump confounded many political pundits who then dug for answers in Vance's book.

"It was weird to me. I did not mean for it will be about the 2016 election," Vance said. "But I can't complain. A lot of people bought the book at a time of political salience. "

Vance answered questions from Christ School students to conclude the evening. In his opening remarks, Connor said he was "truly honored to be introducing someone as prolific as J.D. Vance."

"His story is not isolated. It is a microcosm for more people's lives than we are care to admit who struggle with such factors as substance abuse, poverty, and lack of educational opportunities," Connor continued. "Despite all the odds, J.D. Vance succeeded in achieving a prosperous life. Let us be inspired by his words and shift his story from the exception to the reality."