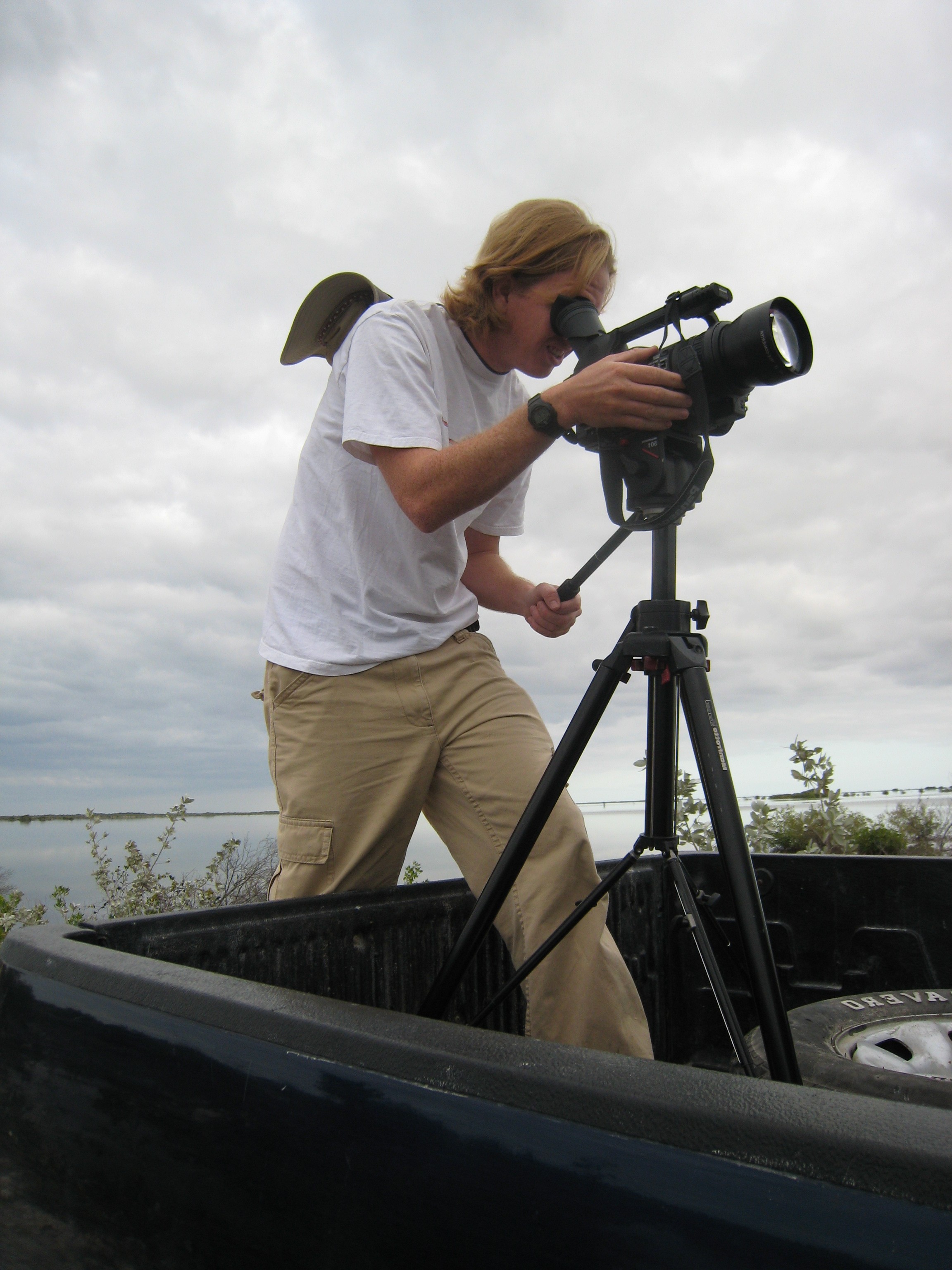 Filming whales in The Bahamas is every bit as fun as it sounds. And rewarding as well for one Christ School graduate who was born and raised in the islands. Matthew McCoy '96 and researcher Charlotte Dunn collaborated on a film, "Sperm Whales of the Bahamas: Why Size Matters," which won for Best Multimedia Presentation at the 22nd annual Biennial Conference on the Biology of Marine Mammals. The ceremony was held October 22-27 in Halifax, Nova Scotia. McCoy currently resides in Wilmington, N.C., but still returns home once or twice a year to work on a project. He also takes an annual trip to Haiti where McCoy is part of an ongoing artificial reef experiment in the southern part of that country.

Question: Let's start with your company, Loggerhead Productions. I understand it has led to a lot of opportunities for you?

Answer: Loggerhead Productions has been around for a little over 10 years, focusing mostly on science and conservation education in The Bahamas. In conjunction with Cable Bahamas and The Ministry of Education we had two long running shows: "Gary the Explorer" and "Mad Science." We've done lots of projects with a variety of partners including The Nature Conservancy, National Audubon, The National Science Foundation, The Bahamas National Trust, Conserve Wildlife Foundation of New Jersey, Mass Audubon, and the Marine Stewardship Council. Our most important and constant partner has been a local NGO (non-governmental organization) called Friends of the Environment. Basically, I started Loggerhead Productions to get into filmmaking, and kind of fell into this specific kind of work through close ties to the Friends of the Environment. It just kind of took off from one project to the next, and I met a lot of international and Bahamian scientists who were doing research on Abaco, and then throughout The Bahamas and Caribbean. We created a website called Conch Salad TV which we used to promote these short films and other fun and goofy Bahamian documentaries we kind of dreamed up and made on the side as we traveled and worked on our 'real' projects."

Question: How did the whale film come about, and was that the most ambitious project you've worked on?

Answer: I've been involved with the Bahamas Marine Mammal Research Organization (BMMRO) for many years. Almost from the time I bought an underwater camera eight or nine years ago. I've done several videos for them and a couple of years ago joined their board of directors. The sperm whale video was not necessarily the most ambitious thing I've worked on, but in terms of what we were trying to do within a very small budget, well, you could frame it that way. The problem is really finding the whales! They are so big, for sure, but the ocean is so vast. Additionally, many times that I would go out with Charlotte and BMMRO, the science comes first and the filming second. Most whales aren't too keen for us to get close either.

Question: What was your reaction to winning an award for the film? Have you previously won any awards or gotten any special type of recognition for your work?

Answer: It is a very specific, almost niche award, but surprisingly we've had a lot of exposure from it. Tons of good feedback, and it should lead to more whale videos in The Bahamas. Altogether we were a little surprised and proud because there has been a steady stream of high-quality short films since they opened up the conference to videos a few years back.

Question: Lastly, what are your memories of Christ School?

Answer: My love of film was really ignited there. We all had opinions and loved to watch movies and argue about them. Back then Christ School had Interims, and the first one I did was to watch and discuss a whole bunch of Oscar winners. All in all, I was exposed to a lot of different types of films, things that I wouldn't have considered to watch, and it really opened my horizons and made me realize that it was something vibrant and real. And that I could find a way to do it in my own corner of the world. In fact, one of my classmates Patrick Helm '96, is doing a research project up in the Great Smoky Mountains and we are trying to find a way to work together to make a short film about that."