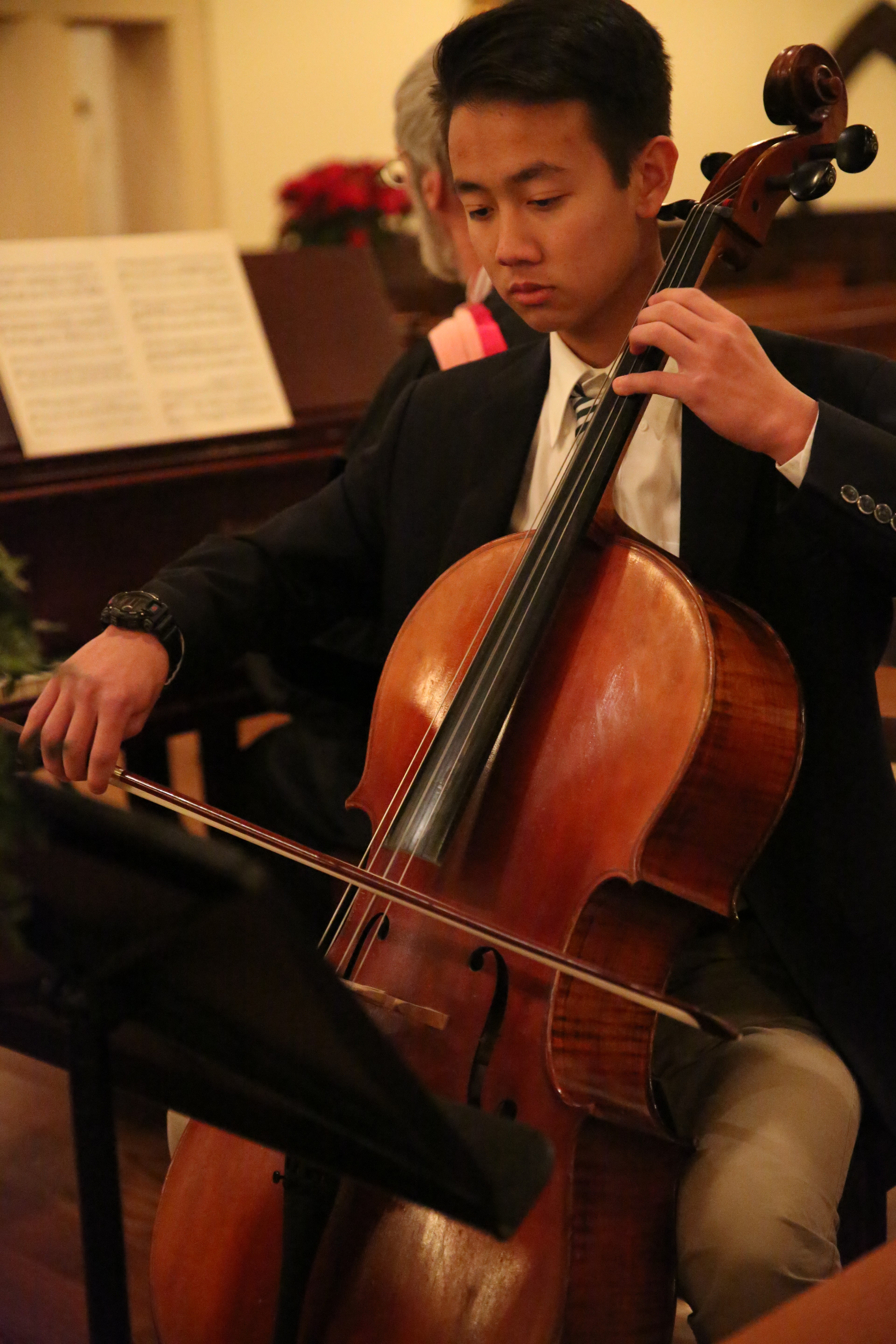 Aaron Chen '20 did a double take, and then another.

The Christ School sophomore's eyes scanned every last inch of the acceptance letter until it finally sank in.

Aaron is among 80 nationwide high school musicians, and the only one from North Carolina, to be chosen for Carnegie Hall's National Youth Orchestra 2 (NYO2). The intensive four-week summer program begins in late June in New York City.

Aaron and his peers will play at Carnegie, one of the world's most famed musical venues, along with New York's Purchase College. There will also be two weeks of touring in Miami Beach. All expenses are paid. Aaron will take what he already knows about the cello and get to learn more under the tutelage of teachers from throughout the United States.

NYO2 is an orchestral training program for boys and girls ages 14-17, and was created by Carnegie Hall's Weill Music Institute.

"At first, I was kind of in disbelief when I read the acceptance letter," Aaron said. "And then I flipped out."

Back in December, Aaron sent in two of his musical pieces to be considered for NYO2 – the first movement of Eduardo Lalo's Concerto in D minor and the second movement of Johannes Brahm's Second Symphony. Aaron found out he had been accepted over Spring Break.

Ultimately, Aaron said he wants to use NYO2 as a springboard. He has aspirations of one day making it into the National Youth Orchestra of the United States. That program covers an entire summer.

The Asheville resident has been playing the cello for 10 years. Earlier this school year, he was the winner in the Concerto Division at the Asheville Symphony's Spotlight on Young Musicians competition.