Theater Ready to Present 'Peter and the Starcatcher' 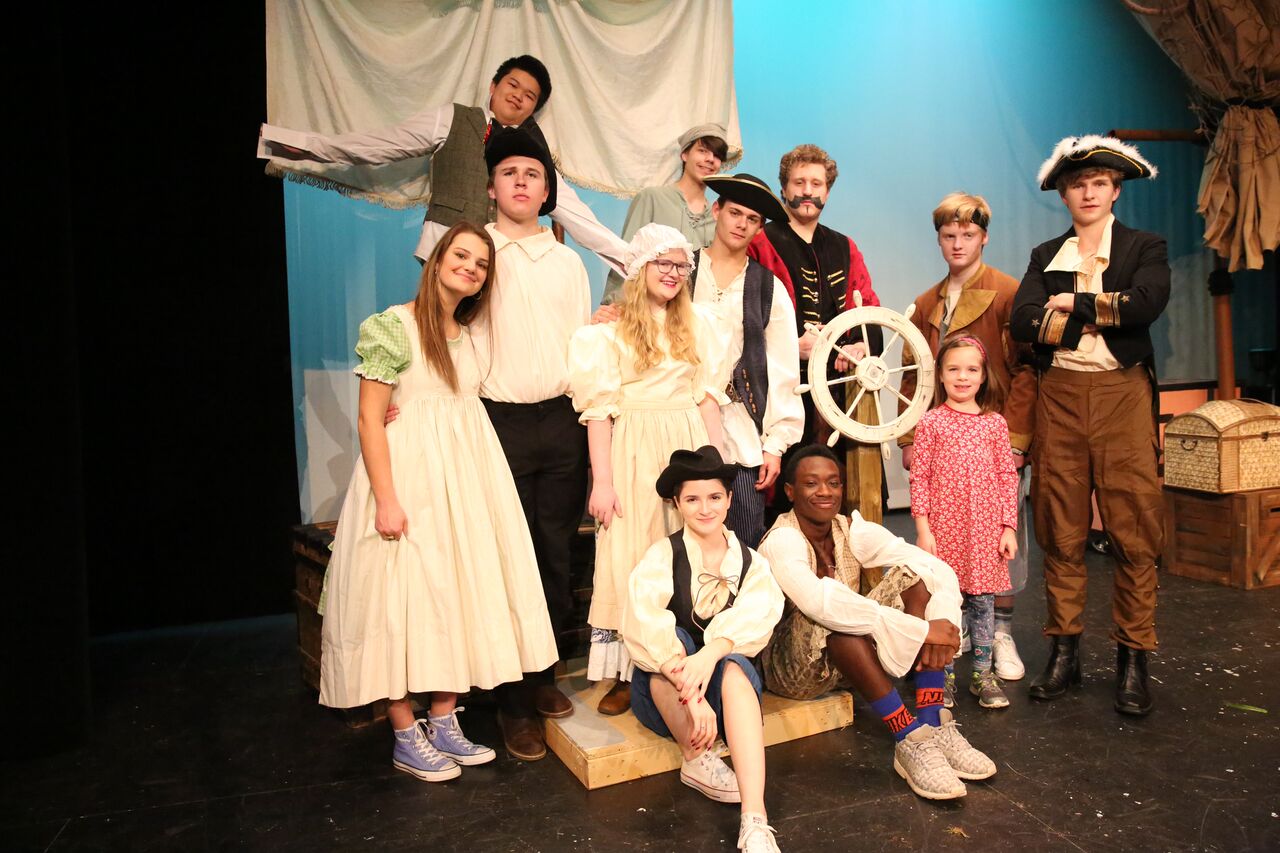 Theater Ready to Present 'Peter and the Starcatcher'

Many people know the story of Peter Pan from their childhood. But what comes before that?

The answers can be found in Christ School Theater's winter production of "Peter and the Starcatcher" scheduled for February 22-25 in Pingree Theater. Showtime each night is 7:30 p.m. and admission is free.

"Peter and the Starcatcher" is a prequel which fills in the backstory for Peter Pan, Tinker Bell, Captain Hook and Mrs. Darling. The play won five Tony Awards before its run on Broadway ended in 2013.

Director Mary Dillon said she has assembled a dynamic ensemble cast and that everyone will be used to help tell the story. Performers act as narrators, moving in and out of characters, and even play parts of the set. A lively musical score keeps things moving, and includes songs such as "Swim On" and "Mermaid Outta Me."

George Janvier '19 plays Black Stache (later Captain Hook) and Max Redic '20 is his sideman Smee. The Lost Boys are Trevor Youtz '18 as the Boy/Peter, Alyi McLoughlin as Prentiss, and Kobi Selby '19 as Ted.

Gracie Reinhardt is Molly and her nanny, Mrs. Bumbrake, is Perry Berlin.

Technical work for Peter and the Starcatcher has been performed by artists Joe deLoach '18, Thomas Bolick '20, Kevin McCarthy '19, Luke Gardner '22, and Charles Thompson '19. Sarah Baldwin is the Artistic Director and Ghilman Brock is Musical Director.

This will be the 38th play that Dillon has directed at Christ School.